SEAQIS 8th anniversary commemoration continued. After the Mini Online Quizzes and Goes to School had been held, the Octa Fiesta Seminar was conducted on Tuesday, 15 August 2017 at PPPPTK IPA Hall, Jl Diponegoro No 12, Bandung.

The theme of this anniversary Seminar is Modern Science Learning. There were two speakers that were Ms Tuti Siti Fajar SPd from SMPN 1 Batujajar, an alumnus of SEAQIS’ training course, and Dr Setiya Utari MSi, a Lecturer at the Physics Department of Indonesia University of Education (UPI).

Attended by 85 participants from various cities and districts around Java, the participants were consisted of teachers, university students, lecturer, and education personnel from Education Authorities of West Java and PPPPTK IPA Bandung. This seminar was opened by SEAQIS Deputy Director for Administration, Ms Lili Indarti MHum.

The first speaker was Ms Tuti Siti Fajar SPd who shared with the audience her experience of joining some of SEAQIS’ training courses, how she applied the training result at her school and its constraints. Mr Septian Karyana from SEAQIS became the moderator in this session.

Meanwhile the main theme of this seminar was presented by Dr Setiya Utari MSi and moderated by Mr Lukman Nulhakim. Dr Setiya Utari spoke about how science learning should be applied in the 21st century. Some learning methods were introduced as a solution to train and improve the student’s 21st-century skills such as STEM education, inquiry based learning, and problem-based learning.

All participants followed this seminar very well as they enthusiastically listened to the speakers’ presentation and were very active in asking some questions to the speakers.

In the last session of the seminar, there were three door prizes given to the audience who could answer the questions from the committee. This seminar was then closed by Ms Eka Danti Agustiani and all participants were entitled to get a certificate.

Three days after the seminar, on Friday 18 August 2017, the series of 8th Anniversary event “SEAQIS Octa Fiesta” was closed by the Director of SEAQIS, Prof Dr Triyanta. At that moment, all SEAQIS staff members prayed and ate tumpeng together as the form of gratitude for all achievements of SEAQIS at the age of 8 years. 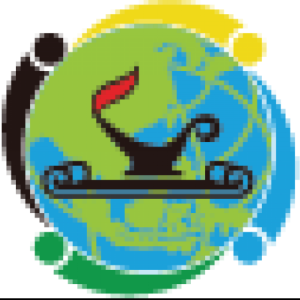